Carbon Arts is working with the Australian Network for Art and Technology (ANAT) and artist Natalie Jeremijenko to realise her concept for a public artwork that uses marine organisms to collect data about and represent the real-time water quality – or, as Jeremijenko, likes to call it, the Qualities of Water – of the Melbourne Docklands’ aquatic ecosystem.

One mussel can filter as much as 6-9 litres of water/ hour. By instrumenting mussels with hall effect sensors, which indicate the opening and closing of their shells, and by giving them each a voice, converting the data into sound, the artwork uses the behavior of the organisms themselves as a biologically meaningful measure of pollutant exposure in order to produce a public spectacle.

Storm water run-off, local weather, and seasons will have evident effects on the Choir’s performances. The songs will map parameters such as water depth to sound pitch, presence of pollutants to sound timbre, and the rate of the opening and closing of mussel shells to sound tempo, for example. The mussels will become rock stars.

The Melbourne Mussel Choir was the winning work of the Echology: Making Sense of Data initiative, a partnership between Carbon Arts, the Australian Network of Art and Technology and developer, Lend Lease. 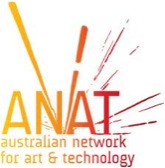