Carbon Arts and the Glenorchy Art and Sculpture Park (GASP) joined forces on an ambitious cross sector collaboration for Swimmable! Reading the River. Swimmable! is a bold curatorial program addressing issues arising from the poor water quality in Hobart’s Elwick Bay in Tasmania: once a popular swimming spot, it is now “un-swimmable’’.

The program is a collaboration between artists, scientists, educators, environmentalists, industry and community. It was conceived as a 3 year project to deliver temporary and permanent, internationally resonant art in all forms. It serves to connect the local community and visitors to the health of the aquatic environment.

A half-day stakeholder workshop in April 2013 established an approach for the further development of the project concept. This led to the Swimmable! Artists Lab held in September 2014. The project envisages a series of thought provoking and original artworks situated at GASP and responding to the River Derwent developed over 3 years from 2015. The first of these, Amphibious Architecture by Natalie Jeremijenko, was launched in 2016. 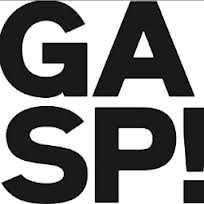